There are many types of mics (microphones), but the two big categories you need to know are condenser mics and dynamic mics.

You want to get microphones with XLR cable connections, and not USB. All of these microphones can be connected to your audio interface using XLR cables. 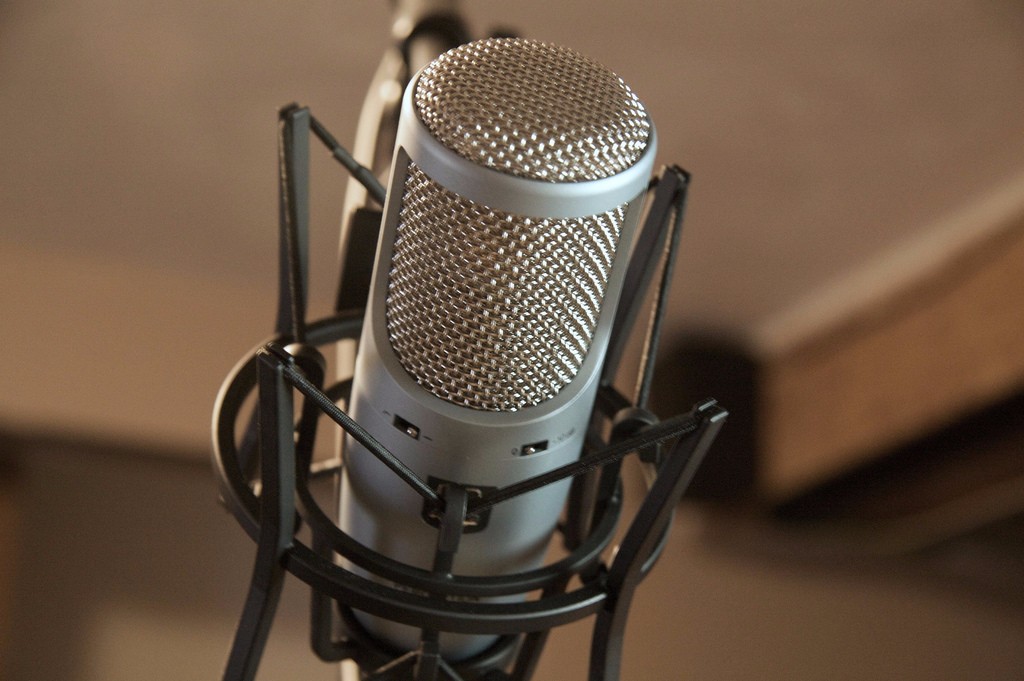 Condenser microphones have a very sensitive membrane to pick up the sound. Condensers pick up the tiniest of sounds, and they are really detailed and pick up the room reverb.

They need to have extra power to be able to work, and this is called phantom power. You typically see a 48V or 24V phantom power switch on audio interfaces to allow the condenser microphones to work.

Condensers pick up a lot of sound in a wide range, so they work great for:

And tons more, really. Condenser mics are in my opinion the best microphones out there. But they tend to be more expensive than dynamic microphones.

I personally started out with, still use and love the SE1000A condenser microphone, but it's not in production anymore.

I'd recommend getting something like this, with a neat price tag, getting a good sound. This is available in Europe: https://www.thomann.de/gb/the_tbone_sc400_grossmem...

For US, you can't go wrong with something like these two:

Don't forget to buy a pop shield so you don't get any pops and air noises when recording voices and an XLR cable to connect the mic to the audio interface. I would also recommend buying a regular, cheap stand. 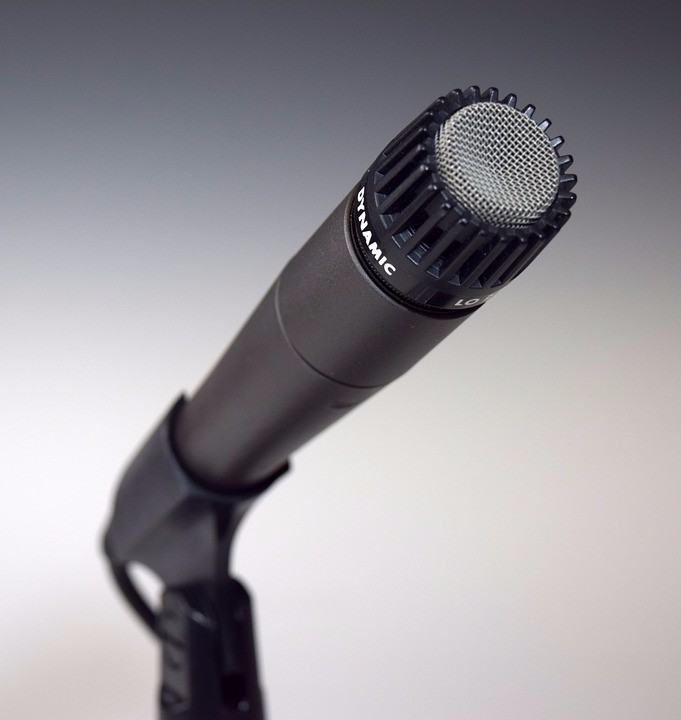 The dynamic microphones don't need any external power to work – no phantom power. They are much less sensitive than condensers. You can basically throw a dynamic mic under a car, and it'll be OK.

Dynamic mics are typically more focused and pick up less surrounding sound, so they are good for something that needs sharp focus and good punchy transients.

A dynamic microphone I definitely would recommend is SM-57 for any instruments, and SM-58 for vocals.

A pop shield is very important if you want to record vocals because it does exactly what its name suggests: shields the microphone from the breath so to avoid any ugly pops.

Now, polar patterns are something important to understand when it comes to microphones. They determine how the microphone functions and how they pick up sound.

The sound from the violin will hit the microphone from the back of it. So the microphone, having a cardioid pattern, won't pick up much at all of the sound coming from straight behind it. You can see that in how the pattern looks (it is at 0% at 180 degrees, while it's 100% at 0 degrees).

The trumpet however, is on the bottom left side. So if we look at the pattern, we can see that the cardioid will pick up the sound of the trumpet at around 230 degrees, which picks up about 30% of the sound. 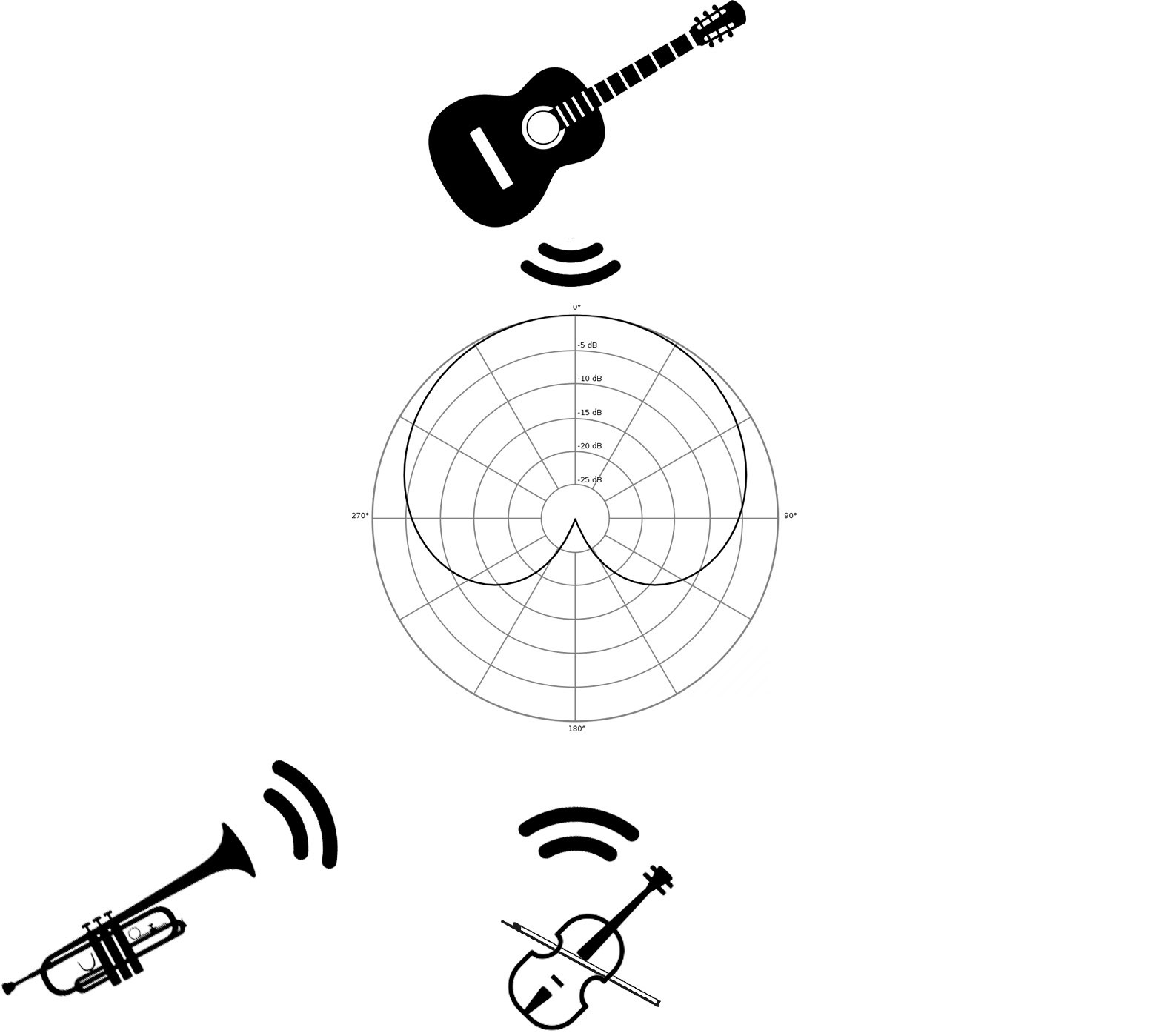 Here are the different patterns you will find on microphones. 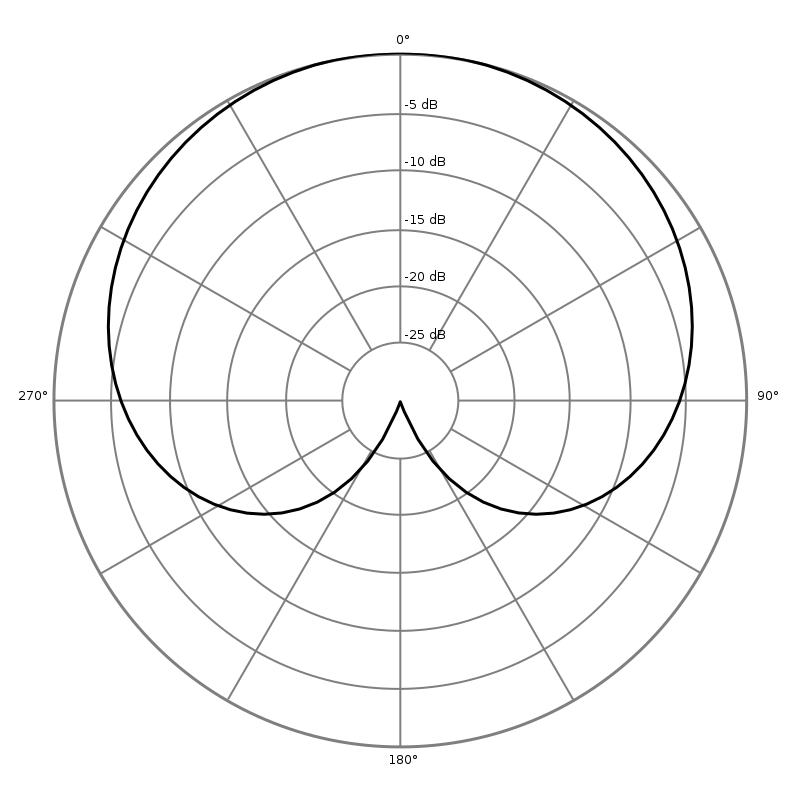 The cardioids are the most common ones, since they pick up sound from pretty much every direction, but mostly from the front. Named cardioid They have a natural polar pattern to them and can be used as directed microphones on most things. You can't really go wrong if you get a cardioid condenser or dynamic mic. 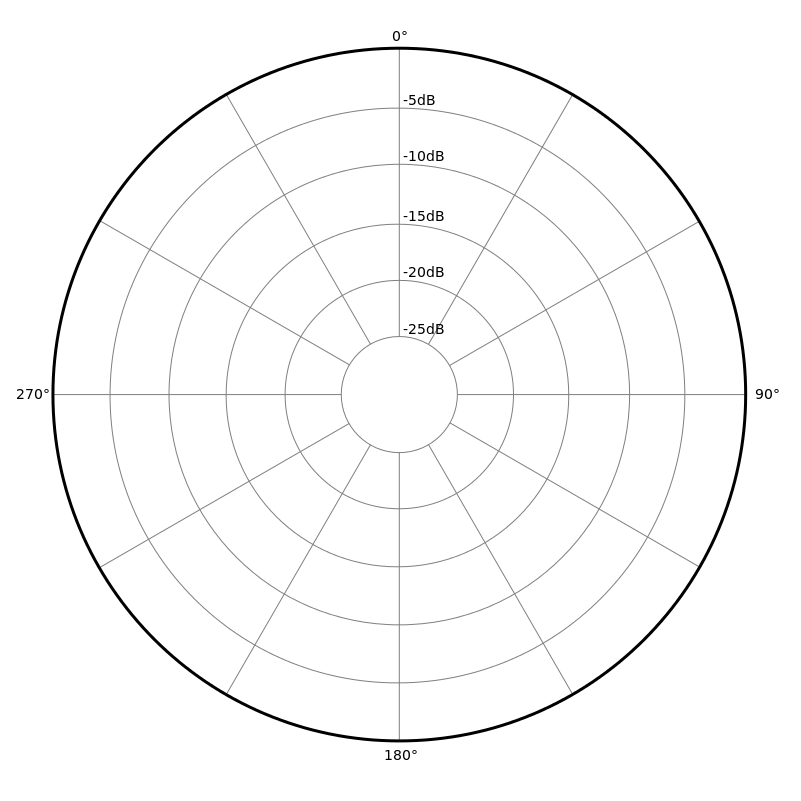 Omnidirectional mics are microphones that pick up sound from every single direction. It doesn't matter if you place a guitar in front of it, or behind it, it will pick up the sound the same way. These are great for picking up room ambiences and any application where there are several important sound sources around the microphone, such as the hall sound in orchestral recordings. 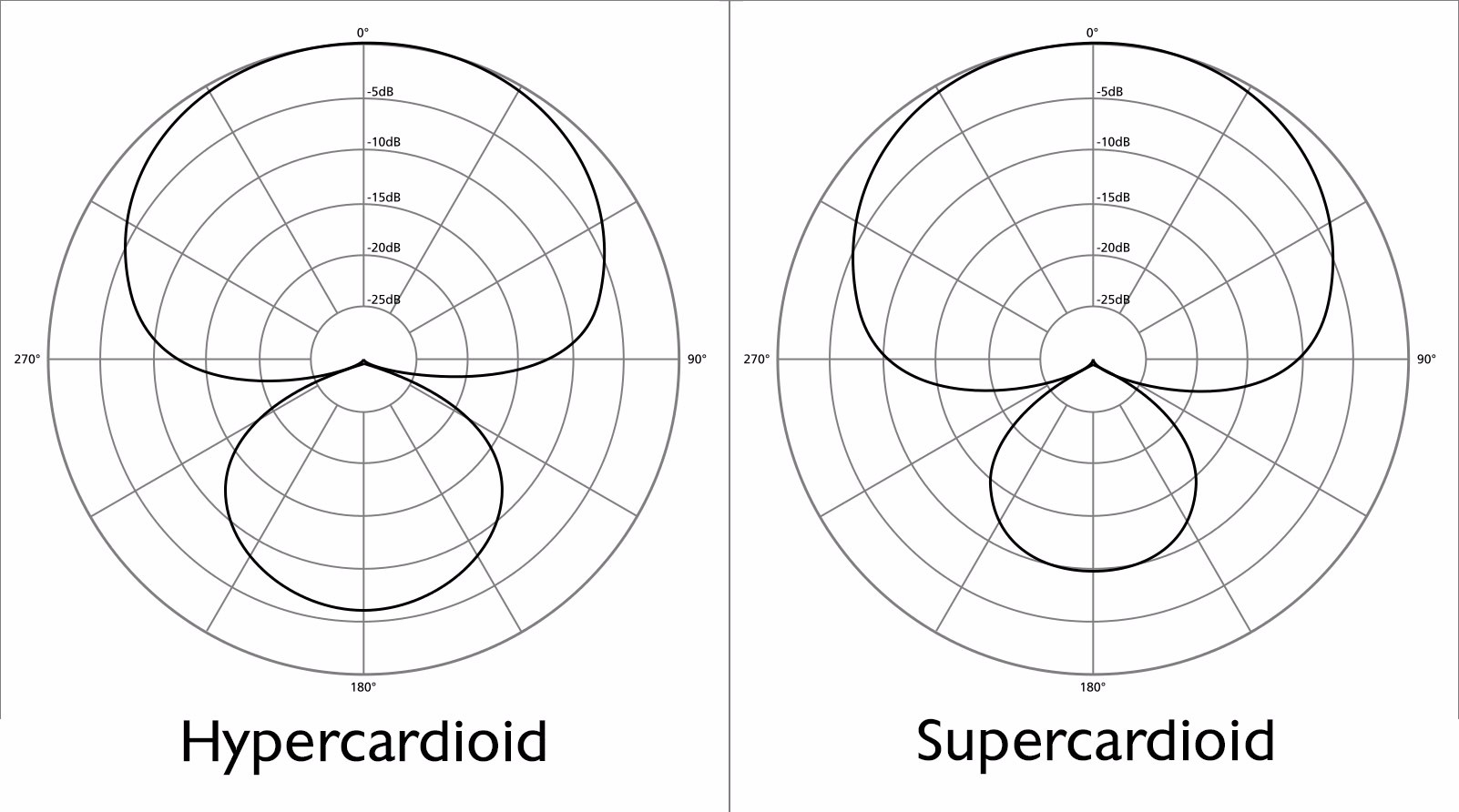 These mics are more directional than regular cardioids, because they pick up a bit of sound from behind them as well. I've found hyper- and supercardioids hard to use though, as they pick up a lot of sound in front but still quite some sound from behind. I'd avoid using these unless you really know what they might be used for. Cardioids are much easier to use and they're more versatile. 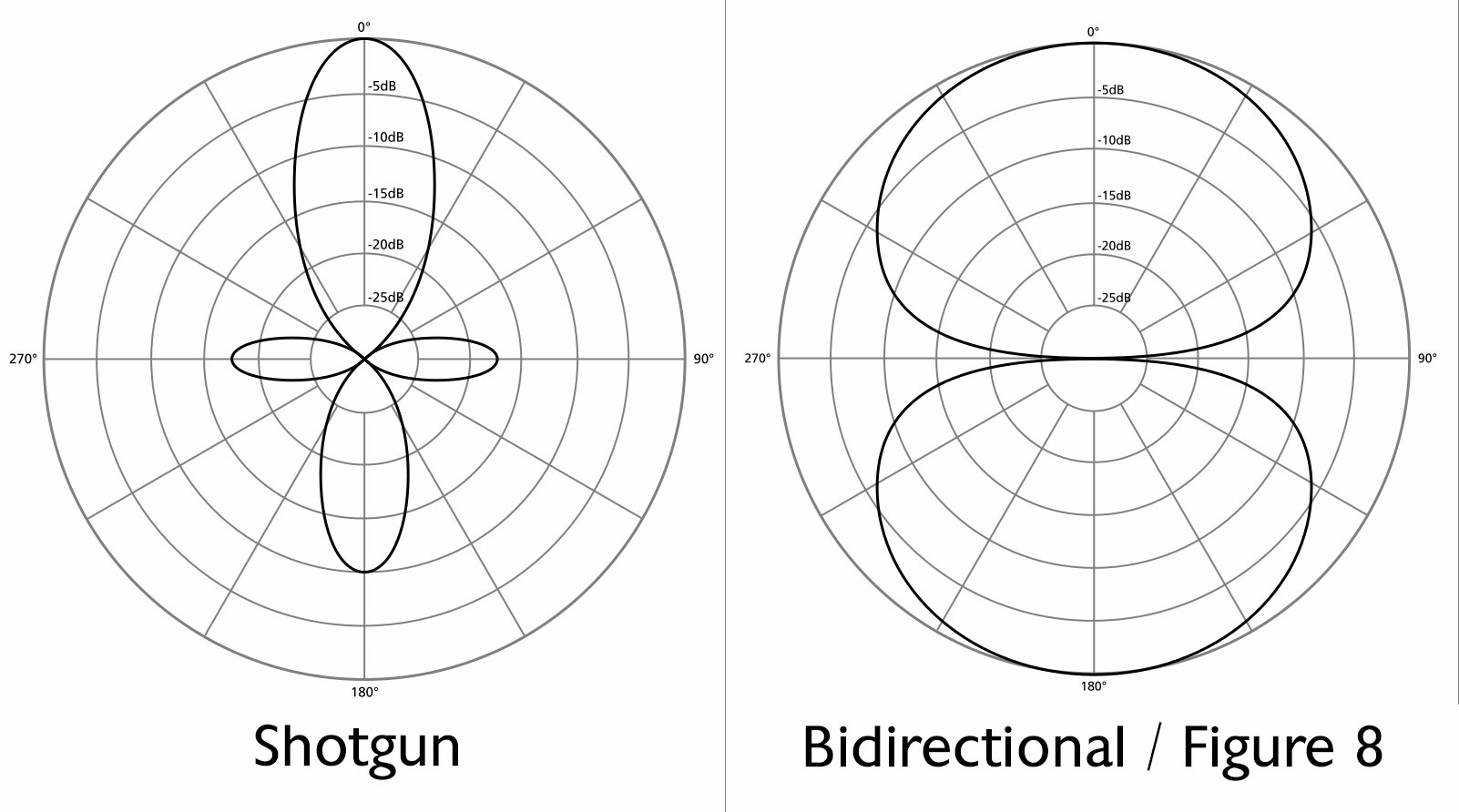 Shotgun mics are the most directional of all. They are well-suited for pin-pointing sound such as voices in a scene when shooting a film, or interviews, or any other application where you'd want a highly direction and focused sound from a specific sound source. They pick up some sound from the sides as can be seen in the polar pattern.

I would recommend that you get a cardioid condenser microphone with a large diaphragm. A small diaphragm works just fine as well for an entry-level all-rounder, but the large diaphragms pick up virtually all sound which makes them really versatile and useful. Also, the cardioid will let you easily start recording vocals, instruments, ambiences, and more, without being difficult to deal with.

I refer to the previous lecture for some recommended microphones of this range. Small diaphragm condenser cardioids work well too.